Over 1000 Titles for students & teachers

BACK-TO-SCHOOL: SAVE 25% WITH OUR BOOK PACKS NOW!Learn more 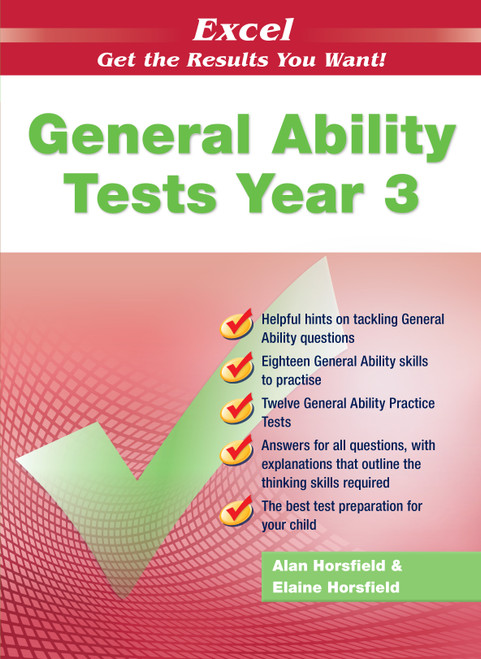 Excel Test Skills - General Ability Tests Year 3 is the first in a four-book series for Years 3–6 which help students with the skills they need to excel in general ability tests. General ability testing covers areas such as logic, general knowledge and reasoning, and forms part of many primary school tests used throughout Australia.

An amount of mystery surrounds general ability testing. This is probably because it is not an actual subject such as Science or Mathematics. General ability testing is based upon the student's ability to think and reason, but most of the questions are based on normal classroom subject matter. This practice book is intended to demystify GA tests, thereby giving the student the confidence to respond positively to the test and maximise his/her score.